Comacchio and cinema:
the most famous movies shot in the lagoon city

The magical and mysterious atmospheres of Comacchio and its valleys, between channels, fog and uncontaminated nature, are the background of many films, some of which have now become part of the history of Italian cinema. If you want to organize a tour on the most striking movie sets below you will find some curious news. 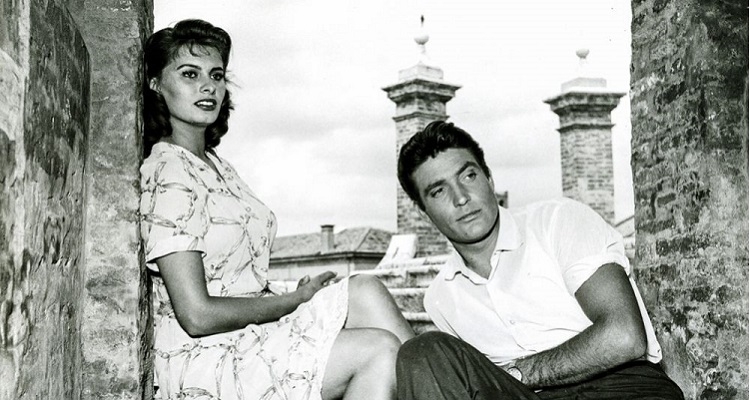 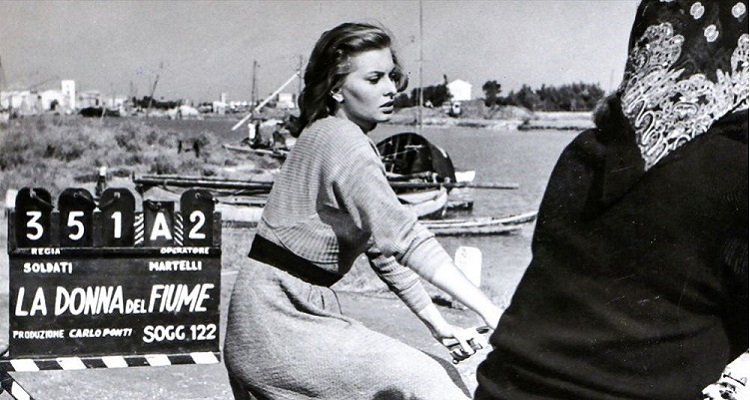 The town of Comacchio is the set of some scenes from Luchino Visconti’s film debut, freely inspired by the novel The postman always rings twice by James M. Cain. The film was censured by the fascist authorities and the Church, who wanted to destroy all the copies because of the contents that were considered scandalous. Today Ossessione is still visible only because the director was able to hide a negative until the end of the war.

The river girl is the first dramatic film played by Sophia Loren, and among screenwriters it can count on Pier Paolo Pasolini, here at his debut. The choice to set up the story in the valleys of Comacchio was made by Soldati after seeing the documentaries Uomini della palude e Tre canne e un soldo by Florestano Vancini.
Many scenes of the film are filmed within the Manifattura dei Marinati, still active in the processing of eels and open to the public as the Museum of the Eel.

Derived from Renata Viganò’s novel, And Agnes chose to die is the first Italian film about Resistance to have a woman as a protagonist. The actress who plays Agnes, Ingrid Thulin, wanted to live for a month in the area to have direct contacts with peasants and inhabitants of the Bassa Ferrarese.
The places visited include a wide area between the provinces of Ferrara and Ravenna. Many scenes have been shot in the picturesque Valle Pega, where there is the refuge of the protagonists (built specifically for this film and still present), while the house of Agnes was set up in a residence 8 km from Alfonsine.

Pupi Avati has shot several films in our territory, but surely the most famous is the horror The house with laughing windows, which has become a cult in the following years. In addition to Villa Boccaccini (the protagonist house), the streets and monuments of Comacchio, in some scenes you can see also the house built for And Agnes chose to die of Montaldo.
Among the other works of Avati set near Comacchio we also mention Le strelle nel fosso (1979) and Graduation Party (1985). The first was shot in the Valle Bertuzzi, carefully chosen by the director after 10 days of downhill in the valley. In the second one you can see the road connecting Lido delle Nazioni and Lido di Volano, chosen to represent the Romagna Riviera of the 1950s.

5.  Beyond the clouds (1995) by Michelangelo Antonioni and Wim Wenders

Finally, our short list of films could not fail the great Michelangelo Antonioni, who set many of his works in Ferrara and the province, starting with The Cry (1957). The most representative of the areas of Comacchio and Lidi, and in general one of the most famous, is surely Beyond the clouds, where in the background of the first story you can see the Loggia dei Cappuccini and the Church of Santa Maria in the hall Regia . Taken from a novel by the same director, the film was rewarded with David of Donatello for best photography, with the Silver Ribbon for Music and the FIPRESCI Prize at the Venice Film Festival.