Villa Bocaccini and
The house with laughing windows 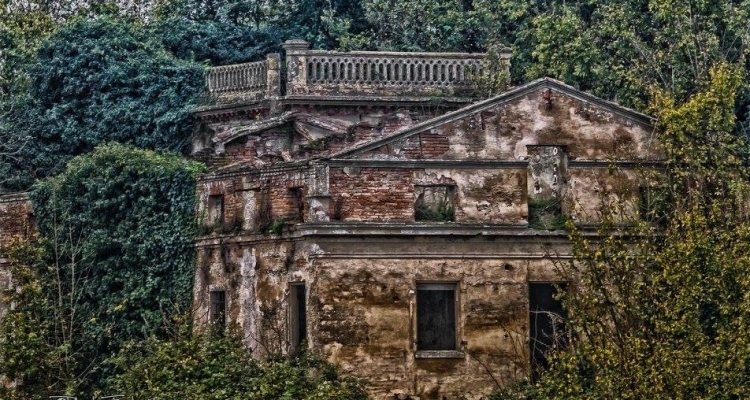 On these days at the Manifattura dei Marinati of Comacchio are shown the testimonies of movies on the territory with the exhibition The Park in the Cinema. We let ourself be inspired and we decided to bring you to discover the story of Villa Boccaccini, protagonist of the film by Pupi Avati The House with Laughing Windows.

The large villa of the ‘700, now destroyed, was a few steps from the Romea state road, near Lido degli Scacchi. Although the famous film of 1976 has enhanced so masterly the mysterious and charming atmosphere of the valleys of Comacchio, actually the smiling mouth shutters did not belong to Villa Boccaccini, but to a smaller house that long it was thought to be close to Lido di Volano, while in fact it was in Malalbergo.

The interiors and the precious frescoes in the film were instead authentic and testified how the villa had become over the years one of the most significant examples of Italian Art Nouveau in the Po Delta territory.

In a short time, after the making of the film, Villa Boccaccini became first an icon in the collective imagination and a much loved location by movie fans, and then a place more and more abandoned and left to itself. The decline involved the beautiful gardens and the frescoes, damaged by vandals and by a huge fire.

During the years of great fame someone has spread also stories of ghosts and curses related to Boccaccini family, and others claims to have witnessed strange phenomena such as lamps that were lit by themselves and the feeling of entering a creepy a-temporal space.

The villa has unfortunately been destroyed, but his fame and legends related to its history continue to fascinate like few others on our territory.