Discovering the Salina of Comacchio
and the Red Tower 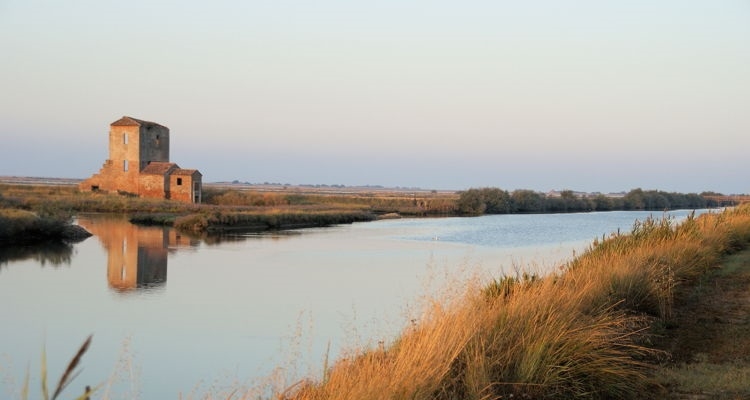 In our area there are many places of extraordinary and timeless charm, where you can immerse yourself in the unspoilt nature of the Po Delta Park. Today we want to bring you to discover the Salina of Comacchio and the enchanting Red Tower, a true symbol of the place.
The area of Comacchio is recognized as a supplier of salt in northern Italy since ancient times and many powers have tried to take possession of it: the Republic of Venice, the Este and Ravenna. From the seventeenth century the Comacchio salt pans have been part of the Papal States, and they took their present shape under the government of Napoleon, when they became part of the Cisalpine Republic.

In this area rich in history there are also a lot of natural attractions. The whole area is a protected area since 1979, salt production was halted in 1984 and now it can be considered the heart of the Po Delta Park. Many species of birds have chosen this paradise to spend the winter or to nest. Walking in the salt you can meet herons, cormorants, flamingos, knights of Italy and hundreds of specimens that make the Valleys of Comacchio a perfect place for birdwatching. 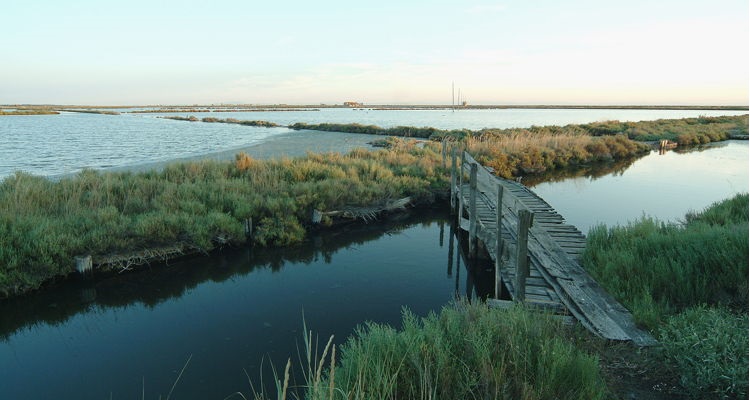 One of the preferrred places to observe the avifauna is the fascinating Red Tower, recently restored and opened to the public. The building is located near the entrance of the salt and gives the landscape an even more magical atmosphere. The tower dates back to a period prior to saline, when the sea was much closer, and it could be guarding the coast with its defensive ramparts (demolished around 1940). It was built by the Duke Alfonso I d’Este in the sixteenth century and was used to house the soldiers.
Today the Red Tower is one of the jewels of the tourism of Comacchio, a naturalistic observation point and historical relic of immense value, to visit at least once. Take this opportunity during your next vacation!