The wooden sculptures of Enrico Menegatti,
a hidden gem of our shores 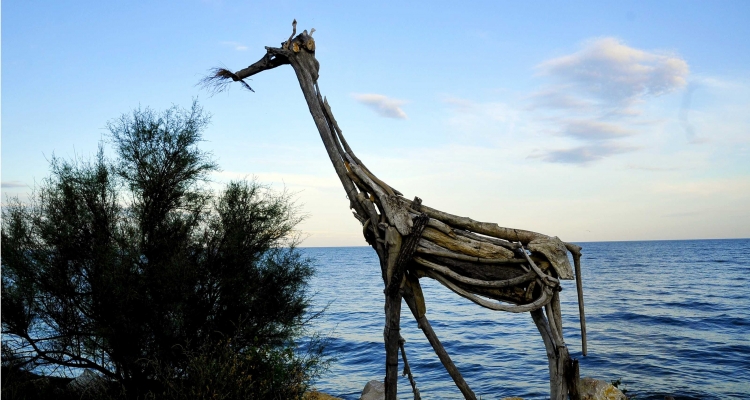 Every place has its secrets, and today we want to tell you about one that covers the beaches of our shores. Do you know the story of the wood sculptures of Lido di Volano?
In recent years some curious artworks have begun to draw the attention of tourists of all ages who walk on the coast. On the beach of Lido di Volano, in front of the pine forest and in an unspoiled natural area, the artist Enrico Menegatti began to build beautiful sculptures with branches, pieces of wood and all kinds of debris that the sea brings to shore.

Dinosaurs, animals of all shapes and sizes and legendary figures such as St. George slaying the dragon are just some of the subjects that have welcomed turists during the summers of Lido di Volano.
The sculptures are entered into the heart of all tourists, who left very positive opinions on the Internet and on social media, even though there have been mishaps. Continuous sabotage and vandalism, culminating in some fires, have in fact forced Menegatti to rebuild several times his works.
The success of these imaginative masterpieces peaked in October 2016, when the sculpture of a seal has been awarded with the special prize Riva1920 of Reuse – Nutrition for Planet Award at the Wood Festival of Cantù, award dedicated to works of art created with recovery or recycling material. 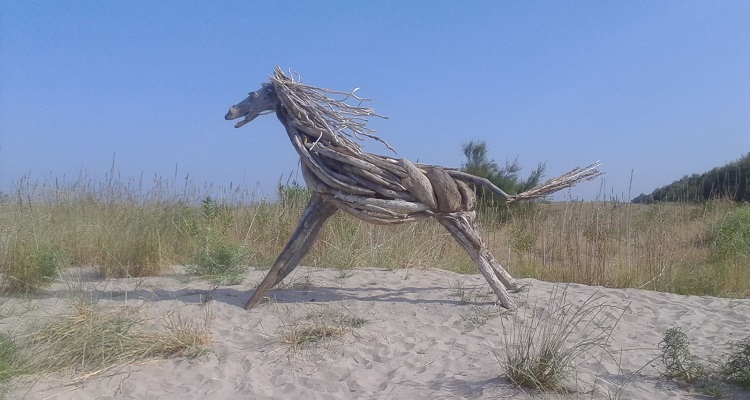 Are you curious to see live these beauties? No problem! Given the great number of visitors to this open-air museum, some bathing establishments of Lido dell Nazioni and Lido di Volano have required custom installations to be shown on its beaches, protected from vandalism. Menegatti has also repeatedly stated that as long as it can he will continue to rebuild new sculptures in their place of origin, a natural paradise where they complement each other perfectly.
We just have to wait until next summer to explore the shoreline in search of new masterpieces! See you there!

Blog
Previous Post
Ericailcane and Blu, two icons of street art
on the walls of Comacchio
Next Post
Go biking along the right
side of the river Po
Menu